A Leading Medication in Opioid Treatment 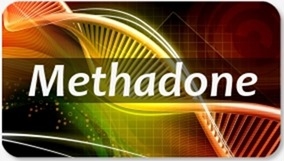 Used successfully for more than 40 years, methadone has been shown to eliminate withdrawal symptoms and relieve drug cravings from heroin and prescription opiate medications. ~SAMHSA

Methadone is an FDA-approved, synthetic opioid medication primarily prescribed to manage chronic pain or to treat moderate to severe opioid addiction. Methadone is extremely effective at eliminating painful opioid withdrawal symptoms. It has been in use for over 40 years as a treatment for opioid dependence and is the leading “medication-assisted treatment” for those people who have struggled with opioid addiction.

Methadone is safe when taken as prescribed. It is traditionally dispensed by Opioid Treatment Programs (OTP’s) and requires that the patient present in person each day to receive the medication. This in-person dosing allows the clinic’s medical staff to help the patient get adjusted to the correct dose of methadone that will alleviate their withdrawal symptoms.

Once a patient has achieved good stabilization with methadone and made progress in their treatment program, they will have the opportunity to earn medication take home privileges. Take home medication allows a person to bypass trips to their local clinic since they may have several days of medication at home.

Available By Prescription Only

It is important to emphasize that a physician prescribes methadone. The methadone that ADS provides comes in liquid form so that it is easily swallowed and absorbed. At ADS, trained medical and clinical staff oversee the daily operation of the methadone clinic and interact with each patient to assess how they are progressing with their recovery program and adjustment to methadone. ADS places high priority on patient safety, recovery, and overall patient care.

> For more on the ADS Opioid Treatment Program 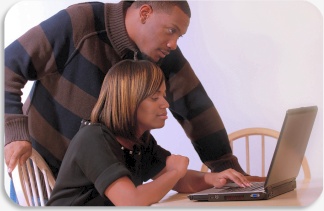 > Information on How Much Methadone Is Enough?

> Overview of Suboxone for Opioid Addiction


From the NIHCM Foundation: Information on medication-assisted treatment for opioid adidction

No. Methadone and buprenorphine are prescribed or administered under monitored, controlled conditions and are safe and effective for treating opioid addiction when used as directed. They are administered orally or sublingually (i.e., under the tongue) in specified doses, and their effects differ from those of heroin and other abused opioids.

Heroin, for example, is often injected, snorted, or smoked, causing an almost immediate "rush," or brief period of intense euphoria, that wears off quickly and ends in a "crash." The individual then experiences an intense craving to use the drug again to stop the crash and reinstate the euphoria.

The cycle of euphoria, crash, and craving—sometimes repeated several times a day—is a hallmark of addiction and results in severe behavioral disruption. These characteristics result from heroin’s rapid onset and short duration of action in the brain.

As used in maintenance treatment, methadone and buprenorphine are not heroin/opioid substitutes.

In contrast, methadone and buprenorphine have gradual onsets of action and produce stable levels of the drug in the brain. As a result, patients maintained on these medications do not experience a rush, while they also markedly reduce their desire to use opioids.

If an individual treated with these medications tries to take an opioid such as heroin, the euphoric effects are usually dampened or suppressed. Patients undergoing maintenance treatment do not experience the physiological or behavioral abnormalities from rapid fluctuations in drug levels associated with heroin use. Maintenance treatments save lives—they help to stabilize individuals, allowing treatment of their medical, psychological, and other problems so they can contribute effectively as members of families and of society.

ADS dispenses methadone in a liquid form which is easily swallowed and absorbed. Patients first check-in at the reception desk, see our nurse to receive their medication, and then take the medication with the nurse present. This process takes just a few minutes.

As a patient earns take home medication privileges, they can begin taking medication at home and avoid traveling to the clinic.

ADS requires that all methadone program candidates have previously tried a structured opioid detox program or an inpatient treatment program to deal with their opioid addiction.

The reason for this is that some individuals who become addicted to opioids find that they can successfully stay drug free without the use of a medication-assisted treatment (like methadone). ADS prefers that a person try to succeed in their personal recovery without the use of opioid replacement medication, if possible.

Most people will remain on methadone for at least a year, and often longer. Research clearly shows that length of time in treatment is one of the most significant factors in establishing long-term recovery success.

The length of time one remains on methadone (or buprenorphine/suboxone) is a highly individualized decision. Most patients enter a period of "maintenance" in order to stabilize and reorient themselves to achieving a balanced lifestyle.

It should be noted that Alcohol and Drug Services (ADS) offer a very positive & supportive counseling environment where tapering down on one's methadone dose is done at the direction of the patient. Patients are never discouraged from considering their full range of alternatives. ADS values its role as a primary support in each patient's journey of recovery.

I learned a lot about addiction and disease and how to not feel guilty about my past. I was able to stay clean and get the help I needed  by coming to class and talking and listening.

It helps to be able to talk with someone.

ADS saved my life and are some of the greatest people I’ve ever known.

IOP and Aftercare have really helped me in my addiction and to know what to do in the future.  Thanks for giving me my life back.

This program is a good place. Without it, I don’t know where I would be right now. Thank you guys!

Everyone at both clinics (East & West) are extremely wonderful and helpful.  I feel like they’re family.

I came here wanting help and ADS has provided more than expected. I thank them very much.

I really enjoyed coming to class. It helped me a lot. Thank you.

Email us your questions about our treatment services:

To request a presentation or for more information about our prevention services: