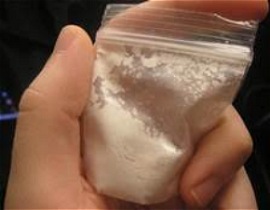 News outlets are reporting the recent influx of a new synthetic opioid referred to on the street as “Pink”. Pink is similar to heroin but much more potent. 80 people have fatally overdosed on this drug in the U.S. during the last 9 months according to this article from NBC news.

Because the drug is not yet classified, it has been purchased over the internet and is presently only banned in 4 states. It will be important to get the word out quickly as to this drug’s availability and lethality.

Synthetic (lab manufactured) opioids are on the rise. The NBC article states that death from synthetic opioids doubled between 1999 and 2014. The Drug Enforcement Agency (DEA) reports that North Carolina is one of the states where overdose fatalities have occurred with “pink”.

NBC news further indicate that the DEA plans to have this synthetic opioid registered on the Schedule 1 list of controlled substances. Parents are encouraged to be aware of package deliveries addressed to their children as the number one means of sale and delivery for “pink” is through the internet and the postal service.

To make a tax-deductible contribution to Alcohol and Drug Services (ADS), please check out our donation options.