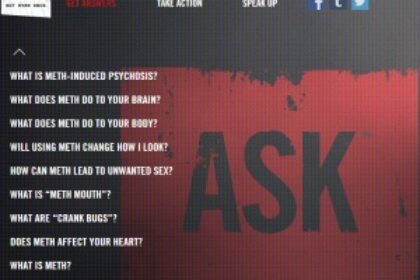 The Meth Project was founded in 2005 and is currently a program managed by the national non-profit organization, The Partnership For Drug-Free Kids. Methamphetamine (“Meth”) is a highly addictive stimulant drug that is typically smoked (sometimes injected) and produces an effect similar to that of cocaine.

Methamphetamine addiction is characterized by a rapid loss of control over the drug, obsessive thoughts of using, irrational behavior and choices, criminality, and often the emergence of psychotic symptoms in the user. Many users become so desperate for a fix that they exchange sex for drugs or prostitute themselves to obtain money to buy methamphetamine.

The Meth Project is primarily a prevention program with the aim of educating youth on the serious dangers of using methamphetamine even one time. The program uses public service messaging, community outreach, and the formation of public policy to help address issues around methamphetamine addiction in America.

The Meth Project website linked above is a highly informative resource for those who want to learn more about this devastating drug and its severe effect on users. There are personal testimonies on the website with vivid descriptions & stories of how users experienced dramatic loss of control and abandonment of their families and lifestyle.

The Meth Project is hosting an aspiring filmmaker competition in which contestants will produce a short commercial about the negative effects of using methamphetamine. The winner will receive $20,000 and their commercial will be launched nationally in the fall of 2016. The commercial spot will be used to raise awareness across the country about methamphetamine’s effect on society. 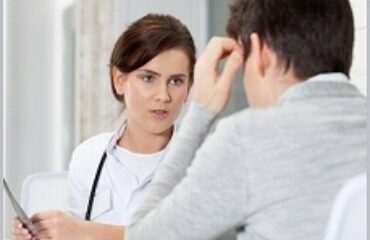 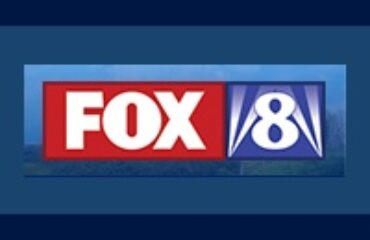 Lethal Fentanyl Is On The Rise