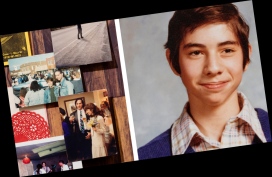 There is an interesting life story and profile of addiction in the New York Times regarding an attorney and family man who finally succumbed to chronic drug use. Peter was a high powered Silicon Valley attorney who was well respected and capable, but who hid a powerful addiction for years before dying of a systemic bacterial infection contracted through injection drug use.

The story includes the perspective of his ex-wife who spent two years after his death retracing Peter’s steps in an attempt to understand all that had transpired with him personally. The Times piece is rather lengthy, but an interesting and informative read.

Peter is reported to have also struggled with depression and was at odds with the demands of his profession which often required him to be confrontational and threatening to gain an upper hand. The article highlights the high stress that often comes with working as an attorney where winning is typically prized above all else.

Peter’s ex-wife discovered his body after being unable to reach him for 2 days. She drove to his house and found him lying on the floor between his bedroom and bathroom, a variety of drugs and paraphernalia strewn about the room.

This story serves as another sad and cautionary tale about the isolative and insidious nature of addition. It also reminds us of the progressive and powerful characteristics of addictive disease. While addiction can rapidly kill, it can also gradually chip away at a person’s life over many years until they are too tired to fight. As a disease, addition often traps a person in a cycle of secretiveness due to feelings of shame and fear of the unknown.

The key to stopping this cycle is the moment that an addict reaches out for help and connects with another human being. Or sometimes as the result of an intervention that shines a needed light on what is occurring in the addict’s life. The signs of addition can be quite obvious, but they can also be subtle, and concealed so well that even those close to the addict can miss the signs.

About Alcohol and Drug Services (ADS)

Tagged under: attorney, signs of addiction