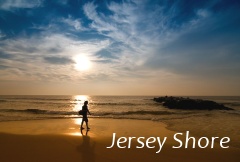 Just released by The Partnership at DrugFree.org is another article highlighting the growing opioid overdose epidemic spreading across America. The popular vacation destination, Jersey Shore, experienced an increase in overdose deaths in 2013 which doubled that seen in the previous year. The article reports that three people have already died this year in Ocean County, New Jersey from using a potentially tainted brand of heroin referred to as “Bud Light”.

Ocean County prescription & heroin overdose deaths increased from 53 in 2012 to 112 in 2013. Total overdose deaths in 2013 for the state of New Jersey were 1188. This is an unfathomable tragedy when one stops to consider the widespread ripple effects and emotional pain of families dealing with the loss of their loved ones.

Governor Chris Christie has already signed into law a bill very similar to the Good Samaritan Bill approved by North Carolina Governor Pat McCrory in 2013. The law will provide limited immunity from prosecution for drug users when they call 911 to obtain help for someone who has overdosed.

Additionally, Ocean County prosecutors are reported to have provided notification to area funeral homes prompting them to remind grieving families to immediately dispose of unused prescription medications left behind by the deceased.

The DrugFree.org article points to young people often beginning with prescription drugs, but then moving to heroin due to its increased purity and relatively cheap cost when compared to prescription opioid medications.

For more on heroin and opioid overdose concerns, see our recent post on Heroin Addiction Treatment in Kentucky.