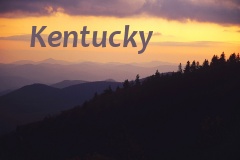 Lawmakers in Kentucky will soon be evaluating a bill that, if passed, will accomplish several important milestones in support of people trying to cope with heroin addiction. The first element would be to fund opioid addiction treatment services through Medicaid. Medicaid already funds methadone in North Carolina and has been vital in helping opioid-addicted persons to get into treatment, find recovery, and to change their lives. Kentucky is on the correct track in their proposal to fund addiction treatment services through Medicaid. A second element would be to increase the funding made available for drug education and prevention across the state. The expected result of increased funding is that more treatment providers would become available in areas where there currently is little to no treatment being offered.

Also on the tail of similarly passed 2013 North Carolina legislation, Kentucky is looking at making naloxone more readily available to help deter opioid overdose deaths that have risen dramatically in the state. The article at DrugFree.org reports that Kentucky experienced 639 overdose deaths in the first 9 months of 2013 and that 36% of these deaths were from heroin overdose.

According to an official state government news release, Kentucky is considering imposing much more severe penalties (up to and including charges of homicide) for people who traffic heroin in high volumes. Kentucky State Attorney General Conway is quoted as saying “Many areas of the state have seen an increase in heroin use and overdoses. We cannot stand idly by and watch our families be torn apart.”