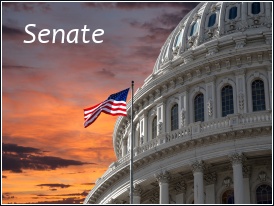 Prescription drug abuse has never before received the degree of attention shown by the national media and government officials over the last several years. This new level of coverage & involvement is welcomed, and it is necessary in order to help educate our society on the ever-present dangers of prescription medications being abused or illegally diverted.

The Partnership at DrugFree.org recently posted an announcement pertaining to a bipartisan Senate group (called HELP) who are going to be focusing on solutions to the opioid abuse epidemic spreading across the U.S.

A series of planned meetings will occur in 2014 that will include local, state, and federal officials with the intent of developing answers to the country’s opioid abuse problem. DrugFree.org write that the bipartisan working group will focus primarily on hydrocodone, oxycodone, and other narcotic medications that are frequently prescribed, but that present a high risk of abuse and physical dependency.

Tennessee Senator Lamar Alexander has taken a strong leading role in the effort to obtain greater regulation of certain opioid drugs. The HELP Committee Senate announcement cited an alarming statistic which spotlights the need for concern:

“More than 16,000 lives are lost each year due to opioid-related overdoses.”