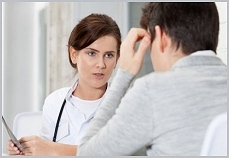 The Associated Press has published an article on a recent outbreak of HIV infections seen in Indiana as a suspected result of the opioid addiction epidemic occurring there. As addicted individuals turn to heroin and other illicit opiates to find relief, a majority of them will eventually resort to injection drug use as a more efficient and cheaper means of staving off withdrawal sickness. This switch to use of needles greatly increases one’s potential exposure to HIV and Hepatitis C infections.

Indiana’s governor Mike Pence has temporarily allowed the approval of needle exchange programs in Scott county Indiana in an attempt to reduce the sharing of needles – which is the primary method of virus transmission among users. Free HIV testing is also available and being heavily promoted. In addition to heroin and other opiates, a liquid form of Opana had been identified as a high risk medication of abuse in the Scott county area.

Officials in Indiana noted an increase in the number of HIV infections from the previous month and are presently trying to contact as many as 100 people who may have been exposed to the HIV virus.

Alcohol and Drug Services (ADS) provides free HIV testing here in the Piedmont Triad community. ADS also partners with the Regional Center for Infectious Disease (a division of Cone Health) which provides outstanding medical services to those who have been diagnosed with a communicable disease including HIV.