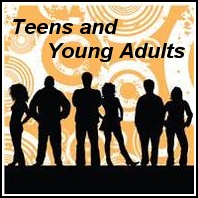 Adderall, Ritalin, and Vyvanse are popular prescription medications used in the treatment of ADHD (Attention Deficit Hyperactivity Disorder). These medications have stimulant properties which help individuals diagnosed with ADHD to better focus their attention, and control hyperactivity, so that they can learn more effectively and succeed in diverse environments such as work and school.

ADHD affects an estimated 6 million children and teens in the United States many of whom are helped considerably by the use of ADHD medications.

About 15 years ago, it became news that college students across the country were beginning to use ADHD medications to pull all nighters in order to cram for exams. This emerging trend has continued to gain momentum over the last decade with even high school students now using and abusing prescription stimulants for a variety of purposes. This has given rise to a secondary market in which students will sell Adderall, Ritalin, and Vyvanse to peers or strangers for monetary profit.

As powerful stimulants, these medications do have an addictive potential. When abused, they can cause dramatic weight loss as well as inducing paranoia, thought disturbance, impulsivity, aggression, and even psychosis in some individuals.

A new 2014 survey published by the Partnership for a Drug Free America highlights the growing prevalence of teens & young adults who are willing to try stimulants due to the perception that they are safe because they are prescribed. Prescription stimulants are still being misused to help keep students awake for studying, but they are now more commonly used as a life management tool to provide individuals with sustained get-up-and-go so that they can party with friends, work, go to classes, study, get by on minimal sleep, and then repeat the process all over again. These stimulant medications eventually become an essential catalyst for this unsustainable lifestyle thus opening the door to increasing levels of stimulant abuse and addiction.

Abuse of prescription stimulants can quickly becomes a slippery slope with a hard crash at the end. Please take a moment to read the linked article above and to speak with youth in your life who may be unaware of the risks attached to using or abusing prescription stimulants. Peer influence is a powerful determining factor in what teens & young adults think and are willing to try.