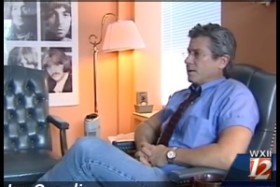 WXII 12 have posted a news item on the Greensboro Police Department’s decision to train 235 officers in the administration of naloxone (often known by the brand name, Narcan). Naloxone reverses the potentially deadly effects of opioid overdose and can restore breathing to overdose victims within minutes. This decision is in response to the rash of opioid overdoses that have occurred this year in Guilford County.

Sheriff BJ Barnes is quoted as saying that he hopes the training for officers will be completed by mid-September. Les Quagliano is a Clinical Addiction Specialist with Alcohol and Drug Services (ADS). He reinforced in the linked news interview that naloxone (Narcan) saves lives and that more education is needed to help get those struggling with addiction into treatment.

Local and national news have been marked recently by a flood of incidents revolving around addiction to opioids and the high potential for overdose that they present. Earlier this year, a deadly mixture of heroin and fentanyl (a powerful narcotic pain medication) was being distributed in the Northeast United States. This had an immediate impact in cities along the east coast with dozens of drug overdoses occurring within weeks.

While the over-prescribing of opioid medication has finally been brought into focus, heroin has emerged as a cheap substitute and is now threatening people’s lives and health like never before. Help is available for those facing addiction. Both detox and treatment can sometimes be subsidized through Medicaid or state funds for those individuals with limited financial means.