Last month, the President and CEO of Partnership for Drug-Free Kids sent President Trump a letter requesting special funding to address the national opioid addiction & overdose crisis. Marcia Lee Taylor asked that the Trump Administration make this problem a priority and work with educators, healthcare providers, and governmental officials to draft policy solutions that can have a positive impact on the growing opioid problem.

In her letter, Taylor cites the alarming statistic that: 144 people per day are dying of drug overdose, and this has become the leading cause of accidental death in the United States. While government funding and leadership can certainly help address this dilemma, families and society must also look inward, and address the question of why so many Americans and youth are turning to drugs for recreation, coping, acceptance, and stimulation. The underlying cultural factors contributing to high risk choices seem to receive little media attention when compared to the outcry for government involvement and government-subsidized solutions.

The culture of America is changing such that increasing numbers of people are turning to drugs, and they are putting themselves at risk for addiction, overdose, and the myriad of problems that drug use can bring.

The recent Grammy awards on television prompted this writer to explore some of the music and musicians that performed at the awards show. American youth are highly influenced by music culture/media and the message contained within it. While I confess to not being up on the latest music trends, I had heard of many of the artists and was curious as to the message being conveyed in their music. I was shocked at what I found. While I won’t cite specific “artists”, I can tell you that one female in particular (who is massively popular) had lyrics so filthy that I could not believe what I was reading. I don’t mean simply suggestive. I mean downright filthy, explicit lyrics that would make most any parent’s head spin out of control. This performer has many, many young fans and caters to young females in particular. The lyrics in numerous songs of hers spoke vividly of sex acts and references to drug use, and with an abundance of profanity. Her last album was supposedly touted by some critics as a testament to “empowering women everywhere”.

Reflecting on this as a new cultural norm points to the necessity of parents and people of good conscience to critically evaluate what messages are being conveyed to their kids in movies, videos, music, and specifically through social media. The “culture” of America is one in which freedom of speech and expression have been held up as great American values. But when sexual explicitness, drugs, and extreme profanity are nominated for awards and peddled to young minds & hearts, a line has been crossed that goes straight into every home in America.

Fact: The beliefs & choices of youth can affect their future – in profound ways. With record numbers of people dying from drug overdoses, we must ask ourselves why this is happening. The President, and government, can help to address the problem. But they did not create it. And ultimately, they cannot “fix” it. For those not addicted to drugs, not using drugs is a very important and deliberate choice. There is an absurb unreality about the lives & choices of famous people who sell living-on-the-edge to the youth of America as some right of passage into adulthood.

Right now, in every city of the country, are young people trying addictive drugs for the very first time: crack, heroin, prescription opiates, super-charged potent forms of marijuana, and many other drugs. About 144 people will die today from drug overdose. That’s 144 families whose lives will never be the same. Many of those who will die are simply naive, inexperienced about life in general, and easily influenced … because they do not yet know who they are, or how to say no when under pressure to conform. We need to start asking questions about the kind of society we want to live in, what we are willing to accept, and what we are not willing to condone and go along with in this media-driven culture of new extremes.

For those who are interested, here is a link to the letter that Marcia Lee Taylor wrote to then President-elect, Donald Trump.

The Drug Problem In China Is Growing 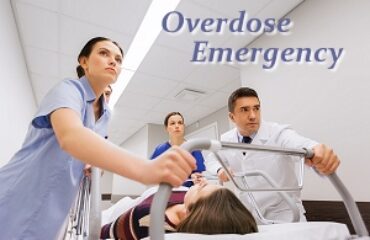