Addiction and the Brain

Addiction and the Brain 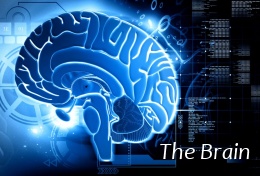 Food for thought: As a society, we often think of drug-induced behaviors as simply intentional misdeeds or “bad choices”. We live in a country that prizes personal independence, freedom, and self-determination. It is important to emphasize that drug addiction is a process which hijacks the brain’s neurochemistry and alters normal brain functioning. A drug addicted brain does not function normally. The self-determination and purposeful decision-making that most people have grown accustomed to is terribly derailed when the disease of drug or alcohol addiction begin to take hold.

With addiction, seemingly intelligent individuals make indefensible, poor decisions. Once positive, outgoing people can become moody, reclusive, and chronically negative in their attitude and words. If we do not understand the severe effects of addiction on the brain, then we may fail to see why our loved one is behaving in ways that shock and confuse us. Treatment centers are filled with men and women who were once responsible, well-liked and held in high regard, but who turned into someone that their family barely recognizes anymore. There is an old adage in treatment circles that: “No one begins using with the intention of becoming an addict”. In other words, millions of addicted people who were sure they would not cross the line and become “hooked” simply did not realize how dramatically their brain would be compromised by the substances they used.

Substance addiction forces electrical & chemical changes in the brain and body that can produce severe, long-term ripple effects that are difficult to overcome. One’s thought processes and ability to choose become severely damaged with chronic alcohol or drug addiction. There is another old adage built around the question “Why don’t they just stop using? They know it’s killing them!” The simple answer is “If it were that easy to stop, they would.”

This seems to be a source of frustration for many non-addicted family and friends, i.e. the belief that an addict can simply stop. With strong physical and psychological dependency, the urge to use becomes a strong, persistent compulsion that is driven by brain changes which are not reversed overnight. Becoming substance free and regaining one’s power of choice typically take time, support, and a careful process of recovery. The brain needs time to heal. Brain neurotransmitters that regulate mood stability and normal thought processes need time to re-balance. The body needs time to rebuild. Addiction pulls the addicted far from shore, and it will take time (and help!) for them to get back to shore. Addicted individuals do not want to drown. Often, if they can get back to shore, they are grateful for being saved and become stronger having lived through the experience.

For more on the psychological aspects of addiction, see: Denial As A Part of Addiction