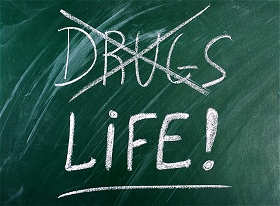 “Vaping” is a recently popularized method of drug delivery that originated with electronic cigarettes. Vaping involves inhaling the aerosol vapors of a heated liquid – which in the case of cigarettes is about ingesting nicotine.

However, there are other intoxicants that can be “vaped’, and there is emerging national concern that youthful experimentation with e-cigarettes could open the door to vaping with other dangerous drugs.

A recently published article by LiveScience addresses the recent trend in which youth are “dabbing” marijuana. This involves inhaling the vapors from a concentrated form of marijuana that has a much higher amount of thc than regular cannabis. Thc is the active ingredient in cannabis that causes intoxication.

Marijuana is often abused by youth before their introduction to alcohol. With the marijuana legalization effort going on in various parts of the country, a new subculture of profiteers is emerging in which marketing & selling potent marijuana is their primary aim. John Stogner, an assistant professor in criminology and criminal justice at UNC-Charlotte, states in the LiveScience article that “dabbing” with marijuana has seen an emergence over the last 3 years, and that “It is really exploding onto the drug scene.”

The danger in “dabbing” is the stronger, faster high that is generated (approximately 4 times that of traditional marijuana) – once again setting up youth and adults for chronic substance abuse problems, unexpected negative consequences, and potentially a lifelong addiction.

Stogner is reported as saying that many of those individuals who will be introduced to “dabbing” ultra potent forms of marijuana are the same youth who were curious enough to try what were once weaker forms of pot. The feared outcome is that more youth will be using powerfully addictive forms of marijuana while society condones and endorses general marijuana use as a new norm.

As a society, it is imperative that legalization issues be heavily scrutinized and that freedom of choice issues be weighed against the greater good and the needs of the many. Addiction is America is advancing toward epidemic levels and further proliferation of powerful, addictive drugs is indefensible. To trivialize this problem or to dismiss it as an exaggeration is simply irresponsible. Youth today are in desperate need of good role models, proper parenting, structure, discipline, and inspiration.

As a clinician of 25 years, I have listened to thousands of addicted adults talk about their addiction beginning in their youth, derailing decades of their lives, and costing them and their families untold losses and pain. For every person who is in treatment or some form of recovery, there are dozens more using and abusing as if they are exempt from the perils of addiction.

Most everyone knows someone who is dead from addiction, incarcerated, or their life seriously damaged from it. Most users and many abusers currently see themselves as not part of this high risk group – somehow above it all. There is an old cliche’ both profound and memorable:

No one starts out intending to become an addict.

Can casual use lead to addiction? Yes, it can … and it often does. Our young people need to think about this and they need to know this.

For more on this topic, see: Governor Chris Christie Would Prohibit Legalization of Marijuana