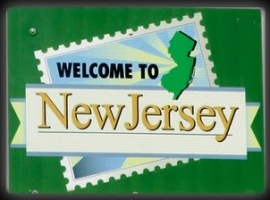 Governor Chris Christie of New Jersey is known for his strong positions and willingness to address tough issues. He recently expressed his view in an interview that, if elected President, he would outlaw recreational use of marijuana. He indicated that the rationale of legalizing pot to generate more state tax revenue is a weak justification that fails to account for marijuana’s detriments to society and personal functioning.

Christie is quoted as saying:

See if you want to live in a major city in Colorado where there’s head shops popping up on every corner and people flying into your airport just to come and get high.

Many people share this sentiment and are concerned about the increased availability of mood altering drugs which are now more potent than ever. Easy accessibility to drugs increases the probability that they will be used by America’s youth, disrupt futures, and worsen addiction problems across the country.

In the Yahoo interview by Dylan Stableford, Christie goes on to say that America can no longer incarcerate its way out of the national drug problem. Christie clarifies his belief that addiction is a disease and should be properly treated as the alternative to just locking up drug users.

Christie wants to lower the stigma for people seeking alcohol and drug treatment. While marijuana has its proponents (many of which aim to profit from its legalization), there are many Americans who recognize that national endorsement of once illegal drugs will likely infiltrate all levels of society, erode values, and pollute many young people’s ability to perform, produce, and compete.

For more, see Underage Teens Receive Alcohol and Drugs Through the Mail