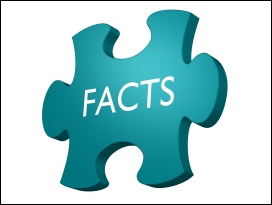 Recently published by DrugFree.org is an article discussing the recent statement distributed by the American Academy of Pediatrics. The country’s pediatricians have indicated that they believe the legalization of marijuana presents an unacceptable degree of risk to adolescent health and development.

The group identified some medical exceptions for children suffering with a debilitating illness, but expressed a larger view that the potential problems resulting from adolescent marijuana use were substantial. These included impairment of coordination, motor control and judgment, and the resulting increased risk of accidental injury and death. Regular use of marijuana is associated with increased psychological problems, worse lung health, and an increased probability of developing drug dependence.

The group also expressed concern over the promotion of legalizing marijuana since these efforts raise curiosity among children and teens and can have the effect of persuading teens to think marijuana is not dangerous.

Adding to the list of concerns is the detrimental effect of teen marijuana use on memory and concentration which have been tied to decreased school performance and a higher rate of high school dropout. This in turn raises further problems with increased rates of adult unemployment and loss of economic independence.

The AAP is advocating for increased research on the long-term effects of teen marijuana use and the extent of medical benefits for adults.