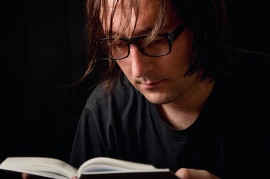 Heroin is highly addictive and potentially fatal. This we know. Despite these facts being common, we are seeing a surprising number of people move on to heroin and quickly become hooked. Is it that each person considers him or herself exempt from addiction, or somehow different from others? The reasons for using illicit substances are many. Whatever the reason, the outcome is the same for those who cross the invisible line into opiate addiction.

Outlined below are some basic facts about heroin. This drug is experiencing a resurgence in America. It is wrecking lives, and leaving a trail of destruction. We must remain aware of the risks and the imminent danger associated with abusing opiates. We must also educate our children and those that we care about.

How does heroin affect the brain? Heroin acts as a central nervous system depressant. It’s a “downer”. It slows breathing, blocks physical pain, and creates a sense of euphoria. For the addicted, withdrawal symptoms begin to build once the drug’s effect wears off making the person feel very sick with nausea, vomiting, diarrhea, chills, insomnia, and other painful symptoms.

People can quickly develop tolerance to heroin meaning that it takes more of the drug to achieve the same high. Opioid receptors in the brain send out powerful signals that create enormous craving for the drug. As users increase the amount of heroin to avoid being sick, they deepen the power of the addiction. This desperate state leads the addicted person to take many risks using whatever drugs they can find, sadly causing many to overdose accidentally on heroin or a combination of drugs. The brain becomes hijacked by heroin and makes it the # 1 priority causing the individual to lose their ability to make rational choices in the moment. The result of this process is complete devastation to one’s family, health, ability to meet responsibilities, and overall quality of life.

Why are more people using heroin today? In the last 15 years, there was an increase in the number of U.S. prescriptions written for opioid pain medication. With the coming of powerful pain relief drugs like Oxycontin, increasing numbers of people began to find themselves developing a physically dependency on prescription medication. This trend, mixed with widespread drug experimentation and cultural acceptance of drug use, created a new wave of demand for opioids. Heroin, by comparison, is much cheaper to obtain than prescription pain medications. As increasing numbers of Americans became physically addicted to opiates and were unable to find prescription meds, they turned to heroin given its cheap cost and ready availability.

Why is heroin so dangerous? Heroin is obviously obtained illegally “on the street” from drug dealers who cut the drug with a variety of other substances like baking powder, baby powder, sugar, laxatives, powdered milk, or other drugs like tylenol. A person has no idea what they are putting in their body when they buy heroin on the street. Today’s heroin is considered more pure and potent than the heroin of the 1970’s. The potency of heroin varies greatly so a person make receive a relatively weak mixture in one instance and a deadly high potency dose on another day in a never-ending game of Russian roulette. Users often begin by snorting heroin, but then discover that they can achieve a stronger effect by smoking it and eventually injecting it. Repeated injection use introduces a whole new range of health risks and deadly overdose potential.

How does heroin actually kill a person? For the majority who die by overdose, their breathing is completely shut down and they suffocate. The heroin puts to sleep that part of the brain that regulates breathing so that a person literally forgets to breathe. Their brain and body become oxygen deprived, medically referred to as hypoxia. During this process, some people may aspirate (breathe in) their own vomit accelerating the suffocation. Aside from overdose, people may die prematurely from HIV/AIDS contracted through sharing infected needles, killed in drug-related shootings, car crashes, falls, or from other health problems like Hepatitis C, diabetes, epilepsy, or congestive heart disease that progressively worsen over time with the heroin addiction.

Read about Opioid Treatment for heroin and other opioid addictions.