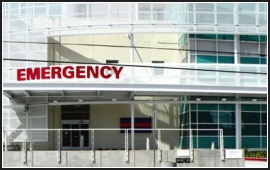 DrugFree.org published an article on May 8, 2014 addressing the arrest of 150 people who were all involved in a synthetic drug operation that reached across 29 states. The drug sting occurred about one week after multiple incidents in Texas in which over 100 people became ill following ingestion of synthetic marijuana. The Director of the South Texas Poison Control Center commented on how individuals with seizure or anxiety disorders are at heightened risk of dangerous reactions to synthetic marijuana.

Makers of “synthetic” drugs are sometimes more difficult to successfully prosecute because law enforcement officials must demonstrate that the synthetic version is substantially similar to an already banned substance. The trafficking of designer drugs has increased in recent years as have efforts to arrest those involved in the manufacture, distribution and sale of these substances. In June 2013, DEA officers conducted another large scale sting that covered 49 U.S. cities and involved 375 search warrants.

It is commonly known that many of the nation’s ER visits go unpaid by those who present and receive medical services there. With 29,000 emergency room visits occurring in 2013 just from synthetic marijuana, we must maintain a cautious and objective viewpoint about the continued legalization of substances that destroy lives, compromise the stability of our communities, and that jeopardize the decision-making and future of young people.

Proponents of drug legalization often argue their position from a narrow perspective that misses the larger picture of increased drug abuse in our society. The continued prevalence of drug abuse is alarming given the accumulated efforts of schools, families, and churches to educate on the dangers of alcohol and drug abuse.

We must ask ourselves how and why some teens & young adults choose a sober lifestyle while others more easily gravitate toward risk-taking behavior with alcohol and drugs. It’s an unpopular topic that equates to the classic pink elephant in America’s living room. While many parents do an active job of parenting and shaping their child’s ability to choose, there is an influential and permissive element in society in which getting wasted is too frequently promoted and the consequences of this behavior postponed or delayed.