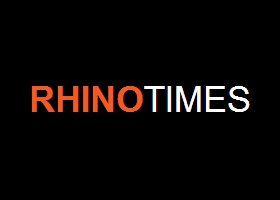 Rhino Times has published an interesting article on the rise of heroin abuse in Guilford County. Writer Scott Yost details the rash of sudden overdoses that have plagued the area. In the piece, Scott interviews Jim Albright who is Director of the Guilford County Emergency Services. Albright points to April of 2014 as the month when a number of sudden EMS calls came in related to heroin overdoses.

Medical professionals are often able to reverse the effects of heroin overdose by administering a drug called naloxone. Naloxone (often referred to as Narcan) is an opioid antagonist that interrupts the sedating properties of opioids and can restore breathing to those experiencing opioid overdose. People suffering from opioid overdose effects may be unresponsive or unconscious, limp, pale in color, have blue fingertips or shallow breathing, experience choking or even vomiting. Severe opioid overdose eventually shuts down breathing and is fatal.

Due to the rising unavailability of prescription opiates, heroin is becoming the first alternative for those struggling to overcome the painful daily withdrawal that emerges once the effects of opioid use wear off.

Mr. Yost of the Rhino Times quotes Guilford County Sheriff BJ Barnes who expressed that his department is currently focused on stemming the flow of heroin to the area. High Point was cited as being a hotbed of heroin activity in Guilford County. High Point has also been in the news in 2014 due to multiple opioid overdose reports as well as a series of recent drug arrests.