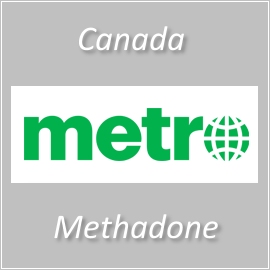 The Metronews of Canada recently published an article outlining a recent increase in the utilization of methadone to treat opioid addiction. The Alberta Canada Health agency shared statistics showing that approximately twice as many people began opioid replacement therapy with methadone during the fiscal year 2012 – 2013.

The number of patients receiving methadone rose from 2,128 to 5,432 and was driven in part by the surge in heroin distribution and heroin laced with fentanyl. In addition to the use of methadone to help opioid addicts, the Canadian province is also funding a needle exchange program and the use of naloxone in order to help prevent opioid overdose deaths.

For many addicted people, methadone acts as a bridge to treatment so that they can deal with all aspects of their addictive disorder. As long as individuals are struggling against chronic opioid withdrawal, they are in a poor position to face the complexity of their addiction and to make the necessary lifestyle adjustments that lead to long term addiction recovery.

Dr. Michael Trew, the Canadian province’s chief medical officer of health for addictions and mental health, was quoted as saying that the increase in patients on methadone was a good thing and an indication that individuals are trying to cope with their substance abuse issues.

In the Metronews piece, Dr. Trew indicated that the province of Alberta was working with the college of physicians to hopefully see more doctors prescribing methadone to those patients that could benefit from the medication.

For more on Methadone and Suboxone