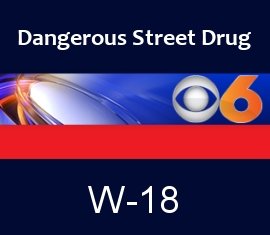 The CBS-affiliate station out of Connecticut, WTVR, reported this week that a new street drug is being sold in the United States and Canada. It is called W-18 and is a synthetic opioid first developed in a Canadian lab in 1981. Emergency medical personnel have stated that a small amount of the drug is powerful