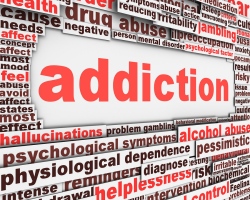 CBS News recently profiled the rising opioid drug addiction problem in the state of Vermont. The CBS piece (see video below) highlighted that there has been an increase of 800% in opiate drug abuse since year 2000 in the state. Vermont Governor Peter Shumlin is quoted as saying “It’s an illness we need to treat, talk about and stop being afraid of acknowledging.”

Just Sunday the country heard of the drug overdose death of Philip Seymour Hoffman who had publicly admitted a longstanding addiction to heroin. Heroin overdose deaths nearly doubled last year in the state of Vermont.

Governor Shumlin is advocating for stiffer penalties for drug dealers as well as getting addicts into substance abuse treatment more quickly instead of incarcerating them.

The CBS article profiles a 27 year old woman from Vermont, Stephanie Montagne, highlighting her incredible struggle with heroin addiction that resulted in multiple arrests and 5 rehab admissions. Stephanie explains in the video how addiction changed her, led her to steal from family, and to do anything necessary to obtain drugs. Fortunately for Stephanie, she is now drug free and employed.