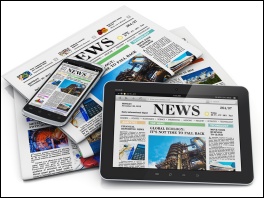 Once again in recent news we see further evidence of the escalating opioid addiction epidemic making its way across America. A March article in the New York Times depicts the almost unreal prevalence of heroin addiction in a small Vermont community known as Bennington.

Bennington has a population of 17,000 and is described as a quaint, historic town that has become overrun with drugs. A Vermont State Trooper was quoted in the NY Times article as saying “Everyone is doing it. It’s in the high schools. The kids are doing it right in the school. You’ll find baggies in the hallway.”

Compounding the problem is the obvious draw for drug dealers who seem more than ready to sell drugs as a means of making money. An officer in the Bennington Police Department stated that when one drug dealer goes to jail, someone else moves in to take over.

Fortunately, the Times article mentions buprenorphine and counseling as a means of addressing heroin addiction, but it also points out that the nearest methadone clinic is one hour away. With effective treatment options like methadone so far removed, individuals sometimes become desperate for opioid drugs to cope with cravings and painful opiate withdrawal. The article describes a 42 year old man who had a dentist pull out all of his teeth on one side so that he could obtain pain pills. The man took the entire prescription of pain pills in a single day.

Stories such as these illustrate the profound power that drugs have over thinking and behavior, and they provide a clear picture of the harsh realities which addiction creates in the lives of drug users. Another example included in the Times piece identified a 20 year old mother, Hailey, recently released from jail who was unemployed and in no condition to resume parenting of her son. She shed tears acknowledging that she was not ready to assume care of her child. Hailey, convicted of selling heroin, is now monitored everyday by a GPS device that tracks her movements.

Despite such tragic stories, the hopeful outcome is that those who are addicted will find their way into treatment. Treatment is the medicine that helps to steer individuals toward health and wellness. There is a slogan in Narcotics Anonymous known as “jails, institutions, or death”. This is a likely end destination for those who stay in active addiction.

ADS believes in every individual’s opportunity to change, to grow, to live drug free. Readiness for change is up to each person. With readiness and a desire to be drug free, great things can happen.