Prescription Drug Abuse Continuing To Be A Problem

Prescription Drug Abuse Continuing To Be A Problem 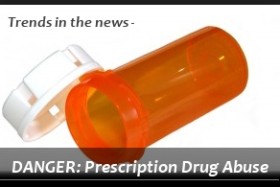 Addiction to prescription pain killers is still an ongoing problem as reported in the The Wichita Eagle. The article highlights several issues around the continued misuse of opioid medications, and highlights a notable shift in the age of today’s substance users. It used to be that opioid addicted individuals most likely came from the older generation. Now, many opioid users are in their late teens and twenties with some using drugs as young as age 12.

The Wichita article references methadone as a treatment alternative while unfortunately failing to provide a complete overview of methadone’s benefits in opioid addiction treatment. A 23 year old patient named Jessica shares her story of enrolling in methadone treatment after becoming addicted to the Oxycontin and Lortab prescribed to her following a car accident when she was 18.

Stories such as this have become surprisingly commonplace with patients often receiving powerful opioid medication via prescription, but without being sufficiently cautioned on their addictive potential. The Wichita Eagle article includes a quote from Jessica in which she says:

Because there has been a recent crackdown on physicians who over prescribe pain medication, heroin has experienced a significant resurgence across the country. Opioid addiction brings with it a powerful physical dependency in which those who are addicted can have severe withdrawal symptoms – consequently causing many to be unable to function unless they obtain and use more of the drug. This creates a long-term cycle of withdrawal sickness and drug seeking that goes on and on often for years. A vicious circle ensues which can wreak havoc on careers, finances, family life, personal health, and even one’s freedom.

Opioid addiction can and does lead to death. According to the CDC, more than 41,000 individuals died of opioid overdose in 2011 with more than half of these resulting from prescription opioid abuse. This disease is treatable and manageable. It is critically important that those suffering with opioid addiction seek help immediately. This disease is most definitely life threatening if left untreated. It is progressive, chronic, and potentially fatal. Help is available. Please do not put off seeking help.